What is the author’s claim?

The author supports the claim by providing which two things?

Suppose a student wanted to give a class presentation on spotted cats. What three types of media would help the class better understand how spotted cats are different?

Excerpt from Apple Growing by M.C.Burritt

The apple has long been the most popular of our tree fruits, but the last few years have seen a steady growth in its appreciation and use. This is probably due to a better knowledge of its value and to the development of new methods for cooking and baking. Few fruits can be used in as many ways as can the apple. Apples can be cooked, baked, dried, canned, and made into jellies and other appetizing dishes. Few who have tasted one will want to be without their apple sauce and apple pies in season, not to mention the crisp, juicy apples to eat out of hand by the open fireplace in the long winter evenings 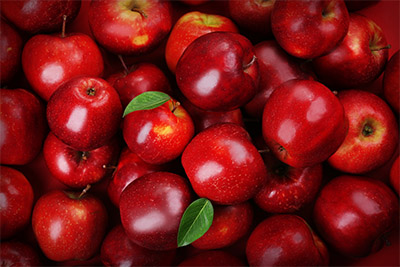 Which statement based on this passage is a fact?